I ‘ve watched the above drama a couple of times since it aired on Monday. I watched it from the emotional lenses of a ‘child of the Windrush Generation’ who arrived in England in 1959 to join my parents who travelled to England earlier in the decade. I also watched it through the lenses of an integrated self-authoring/transforming British African Caribbean (BAC). This is having, in adulthood, consciously and deliberately worked through the cultural phase of the individuation process during the period of my employment as a lecturer at London South Bank University (LSBU) the result of racial victimisation catapulting me into a race-based identity crisis.

From the emotional lenses of a child of the Windrush Generation, ‘Sitting in Limbo’ reminded me of how poorly we have been treated by a country who turned to their previous slave plantations and now colonies, for help in rebuilding the country post-WW2. Watching, I realised I could have been one of the overt casualties of the Windrush Scandal… I wasn’t, an overt victim, on this occasion simply because I had already undergone an experience in 1987, revealing to me my vulnerable status as a ‘black’ member of British society. I refer to this very briefly in my book: Towards Bicultural Competence: Beyond Black and White.

It was in 1987 that my husband, children and I were travelling to Ibiza for our summer holiday. I had decided to travel on the Jamaican passport I owned: it had been a deliberate decision on my part to be a first-class citizen of Jamaica rather than the second-class citizen status attributed to us in England. My husband and children travelled on his British passport. At this point, I had absolutely no idea that my residency in Britain was as tenuous as it was revealed to be… I do recall questioning glances from immigration officials as we were leaving England but these were only confirmed on arrival in Ibiza when I understood the implications of what it means in Western societies for me to travel on a Jamaican passport. My passport was confiscated in Ibiza to be returned on departure… On arrival back in England, whilst my husband and children passed quickly through the queue for British citizens, I very slowly crawled through the queue for the non-British immigrants. On arrival at the barrier my passport was stamped with a 12-week deadline for me to bring proof of right of residence in England to Lunar House if I was not to be deported. I had a raging headache… Fortunately, my older passport did have a stamp affirming my right of residence in the society but even this did not protect me from the abuse I was to face at Lunar House as a non-white member of the society. It was an unforgettable experience…

Reflecting on Antony’s story, I surmised that maybe it was just as well that I had not realised the importance of attaching my old passport to the new one in 1987. This is as I recalled the story of further victim of the 2018 Windrush Scandal who travelled with both his old and new Jamaican passports. The immigration officer, however, withheld the old passport with the statement ‘you don’t need this anymore’. This is how he got caught up in the Windrush Scandal: his passport, with the stamp of proof of ‘right of residence’ had been taken away by an immigration officer.

Although, I entered England in September 1959 as a 5-year old British citizen, in 1987, on account of the externally imposed ‘black’ racial identity, I felt so completely and utterly vulnerable, I underwent the formal British naturalisation process… Undergoing this process cost me money but, more importantly, loss of self-esteem. The naturalisation process did not enhance my status in the society. I remained a ‘black’ reject in the mind-world of those socialised ‘white’.

Viewing ‘Sitting in Limbo’ from the culturally literate emergent worldview of an integrated self-authoring/transforming British African Caribbean (BAC) ethnic community group member, I can see where the problem lies for us as descendants of enslaved and colonised Africans (DoEAs) then and now. This is having researched my way out of the race-based identity crisis which, in 1990, caused the ‘black’ artificially constructed ego-identity to shatter. Simultaneously, perceived at the time, was the illusion of the ‘white’ racial identity.

The problem for us as DoEAs is that ‘black socialisation’, culturally administered as a valued legacy of slavery, replaces the ethnic identity development process utilised by ethnic groups in the shaping of the consciousness of their young. This is in the formative years of childhood, adolescence and emergent adulthood. As DoEAs, on arrival in Britain, the racial apartheid which characterised slavery continued unabated. We continued to be differentially socialised along racial lines as ‘blacks’ and ‘whites’ as a norm in perpetuating the unequal power relations underpinning slavery.

As ‘blacks’, we have yet to recognise let alone consciously evolve an ethnicity-based cultural infrastructure in British society focused on the authentic human development of our younger generations in their formative years: the conventional phase of the individuation process in the first stage of life. Without this intervention by my parents/an ethnicity-based community infrastructure, I developed a ‘diffuse identity status’. This is having spent 31 years in a state of cultural unconsciousness attempting to straddle the ‘black’ and ‘white’ worlds of racial apartheid in England.

In the wake of crisis, I chose, intuitively, to research my way out of crisis (as opposed to risking diagnosis for schizophrenia/race psychosis by ‘white’ mental health professionals) and to learn to walk in darkness as I did so. This is over a period of 30 years to date.

Reflecting on the decades from the 1950’s to date, perceivable is that our parents, as the Windrush Generation, entered the society as the descendants of Africans who Britain had enslaved and was still retaining as such through colonisation. They trustingly handed us over to the British school system, having been naively lulled into accepting England as ‘the Motherland’. Unknown to our parents, we were subjected to ‘black socialisation’ as racial apartheid continued to be perpetuated in the Motherland via the cultural socialisation process. Perceiving this change of identity at an early age, I share in TBC my intuitive decision to associate with ‘white’ children to avoid the ‘black socialising treatment’ which I witnessed as victimising and assumptive. Pursuing this path, I completed my education at the age of 20 in 1974 well qualified. This is an outcome which elicited the surprised comment from one memorable interviewer: You have formidable qualifications for a black girl. To this point, I had been gaining interviews for every job application made but never left with a job offer secured. Being a native action researcher by nature, on job applications made from this point, I acknowledged my nationality as Jamaican instead of British. I stopped gaining invitations for interviews… Perceivable from that point onward is that the jobs I got were because I was ‘black’ and the jobs I didn’t get were because I was ‘black’…

‘Sitting in Limbo’ provided insights into the complexity of the social, economic and political terrain of a society in which, as DoEAs, we struggled to exist as a group of unconsciously assimilated, socialised and stratified ‘blacks’ at its periphery. This is in a state of dependency on the ‘white’ ethnic majority under conditions of continued racial apartheid. Skerry (2001), makes an important observation in his article Do we really want immigrants to assimilate? His thoughts throws some light on our positioning in British society:

Do we honestly believe that millions of poor, disenfranchised immigrants can be introduced into a dynamic, competitive social and political system without their interests being put at risk? If so, we bear an uncomfortable resemblance to an enthusiastic but imprudent football coach who allows inexperienced players with poor training and equipment onto the field and then reacts with surprise and shock when they get injured.

Race-based crisis in 1990 was an, initially, unrecognised gift. It woke me up out of the deep-sleep of slavery in which we continue to be maintained as ‘black’ in British-English society. Perceived, from the higher level of awareness to which crisis had catapulted me as a DoEA, was our containment in British society as historically disenfranchised slaves. This is having been historically de-ethnicised, and renamed ‘blacks’ on the slave plantations of the Caribbean. We continue, into the 21st century to be categorised as such for ongoing black socialisation by the Office for National Statistics (ONS). The ONS categorises the entitled ethnic majority as ‘White’ and the rest of the population as ‘Black, Asian and Minority Ethnics’ (BAME). ‘Black’ specifically refers to DoEAs, the name given members of this group with slavery relative to the ‘White’ identity which distinguished slave-owners. This is, whereas, ‘minority ethnics’ refers to ‘immigrants‘, individuals from other nations: members of the latter group have voluntarily left their ethnic family to seek, for example, enhanced life career opportunities in societies like Britain and the US. Asians are revealed to have successfully renegotiated with the ONS/British society, their differentiation from the previous categorisation of ‘Black and Minority Ethnics (BME) to gain independent status as ‘Asians’ as seen in the more recent acronym BAME. Ethnic minorities with the black/brown skin-colour, unaware of the original meaning of ‘black’, take it on as indicative of skin-colour and the oppression that underpins it in Britain. This is, whereas, what distinguishes minority ethnics from DoEAs is that they are members of recognised ethnic groups who undergo an informed human cultivation process (via the ethnic identity development process).

Not generally perceivable by us, as ‘blacks’, is that those utilising the ‘white’ identity are actually members of ‘ethnic’ groups indicative of generationally harnessed cultural/human power. This is also true for Asians and other minority ethnic groups. They too are members of ‘ethnic’ groups but who have chosen to migrate to societies like Britain and the US in search of enhanced quality of life opportunities. African immigrants are an example of one such minority ethnic group in British society. Otewologun and Singh (2010) affirm this outcome when they differentiate themselves culturally as ‘blacks in Britain’. They bring with them the ethnicity-based cultural capital which Caribbeans lack, distinguishing us as ‘black British’. It is perceived that ‘blacks in Britain’, as ethnic immigrants, have a more tangibly important cultural capital contribution to offer Britain than the historically de-ethnicised and so humanly de-culturised ‘black British’.

The critical factor which keeps DoEAs, historically resocialised ‘black’, static as a ‘damaged’ racial category in British society, a group for whom the English retain responsibility, is that we have been unconsciously assimilated, socialised and stratified racially based on skin-colour and not respectfully based on our humanity. This continues because we have not yet worked through the embodied human costs of slavery keeping us unconsciously bound to the apron-strings of the ‘white’ ethnic British for continued victimisation. Crisis re-positioned me, as a crisis-reawakened DoEA, on the longitudinal research-based journey of consciousness, to recognise the need to de-assimilate out of the dysfunctional system of racial apartheid into which we have been bound as ‘blacks’ relative to ‘whites’, normalised in Western cultures. The responsibility for this work is on us as DoEAs… it is our contribution to advancing humanity as a whole…

Seventy years is long enough for us, as a group, to continue to sit in limbo at the periphery of British society as ‘black’ victims of the society… We owe our younger generations better than this… 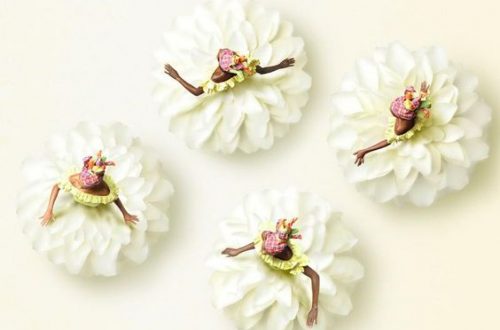