The public lynching of George Floyd by Derek Chauvin, a law enforcement officer, on 25 May 2020, has effectively returned the issue of racial apartheid (a crime against humanity), as the basis of slavery, firmly back onto the moral agenda of not just Western societies but the world. In 2014, Theresa May acknowledged to ‘world leaders’ that they have a ‘moral duty’ to speak for victims of modern slavery. But, is not, modern slavery an ongoing outcome of ‘old’ chattel slavery’?

The Black Lives Matter (BLM) movement, as a response from descendants of enslaved Africans (DoEAs) in the US to continued racial injustice, is to be applauded. This is given it is institutionalised in England where the population are categorised along similar lines to that practiced in South Africa: ‘white’, ‘black’, Asian and ‘minority ethnics’. The BLM movement has successfully raised the ongoing inequity of racial apartheid, persisting into the 21st century. The BLM movement is necessitated given the espoused values of Western societies: i.e. justice, democracy, meritocracy, equality, freedom, human rights and the like for ALL. These values are not, however, being realised in the life experience of DoEAs continuing to be unconsciously assimilated, socialised and stratified ‘black’ relative to ‘white’ in these societies. Racial Apartheid is defined variously as ‘apartness’, ‘separate development’ and ‘inclusion for exclusion’, an outcome evidenced in the life experience of DoEAs like ‘black African Americans’ and the ‘black British’. Trevor Noah relates this outcome to that of a broken social contract where the lives of the ‘black’ citizens of these countries are concerned. Mills (1997) expounds on the existence of the ‘racial contract’ as a tacit agreement between those identified as ‘white’ keeping the espoused social contract operational between themselves whilst delivering on the racial contract to ‘blacks’, exposing the basis of the contradiction highlighted above.

With the above understanding, the frequent ‘white’ ethnic response to BLM that ‘all lives matter’ can be understood as a ‘white’ culturally instinctivised attempt to downplay the role that racial apartheid continues to play in privileging members of the ‘white’ ethnic world. This is even if such privilege is limited to the enhanced identity status those identified as ‘white’ have over those co-socialised racially ‘black’ in their culture of residence. Under conditions of racial apartheid, given its explicit agenda, ‘all lives’ do not matter!

In understanding how racial apartheid functions in the Western world one has to return to chattel slavery to reflect on how it functioned. For Africans to be enslaved and be systematically dehumanised into beasts of burden facilitating the growth of the British Empire, it was necessary to remove us from our ETHNIC culture of origin to be subjected to a process of race-based re-socialisation as ‘blacks’ relative to ‘whites’ culminating in our dehumanisation. This is whereas the ethnic identity development process functions to integrate members into the life of the group and whose value to group life enhances developmentally across the life-course. As DoEAs we have been removed from the cultural developmental line of Africa for keeping in a ‘cultural limbo’ at the periphery of Western societies like Britain and the US.

Jamaica, the previous plantation society and colony of the British, has been described by historians as ‘the slave plantation par excellence’. It became the breeding and training ground where the British experimented on how to turn human beings into slaves. This was openly for 300 years, with strategies and techniques being shared amongst plantation societies more widely. With the formal abolition of the slave trade/the institution of slavery in 1807/1838 respectively, slavery continued informally under the cultural radar of British culture where it is now institutionalised for silent generational perpetuation. A sophisticated science on slavery evolved, still being studied intensively in the 21st century, and which is now the cultural infrastructure of a global world, with chattel slavery acknowledged as its first phase.

Realised, as I pursued the authentic human development process in the wake of race-based crisis, in 1990, is that the essential feature of the success of slavery is the de-ethnicisation of enslaved Africans. We were removed from our motherland, kinship group, culture, traditions, language, religion, etc. to undergo the ‘seasoning’ and ‘treatment’ processes used to secure a subjugated workforce, an outcome which evolved over nearly six centuries. The collective trauma of the experience between ‘white’ slave-owners and enslaved ‘blacks’ is yet to be worked through. Slavery involved the subjugation of the ego and will of the enslaved to the authority and control of the slave-master/overseers, a process continuing into the 21st century. This achievement was the victory perceivable on Chauvin’s demeanour as he dug his knee into George Floyd’s neck, one hand in pocket, the other holding a pair of glasses. This is as he publicly squeezed Floyd’s breath from his body, confident of historically achieved ‘white’ omnipotence. He was functioning as one of many cultural institutional agents (CIAs), generationally recruited, to protect the historical gains of slavery, many of which are invisible.

De-ethnicisation is a process involving our deculturisation and despiritualisation, achieved through simultaneous resocialisation as ‘blacks’ for keeping under ‘white’ ethnic control. Slavery, as a total institution, secured the authority of ‘white’ slave-owners/overseers over those psychological culturally reshaped ‘black’. This achievement culminates in dehumanisation, the attempted eradication of the inner life, as dependence for life is forcefully transferred from the Self to the omnipotence of the external ‘white’ ethnic world.

How do I know this? Race-based crisis shattered the externally shaped ‘black’ ego-identity framing my own life-world in 1990, the outcome of unconscious ‘black British’ cultural socialisation in the first 31 years of my life in Britain. Engagement with the authentic ego-identity reconstruction process required me to undergo the re-ethnicisation and re-culturisation process. The resolution of crisis required I recoup what had been historically lost with slavery. I was helped in this process by the spontaneous reactivation of the inner life with crisis, re-spiritualising me for undergoing the re-humanisation process. My responsibility, as an individual DoEA, became that of ensuring my authentic re-socialisation as I strove to attain the identity status of an ascendant of enslaved and colonised Africans (AoEA). This goal necessitated pursuance of the historically neutralised cultural developmental line of DoEAs. I was undergoing the process, with doctoral studies, of evolving as a professionally informed cultural institutional agent protective of the life-world of DoEAs in British society.

The above process was critically important for me to undergo in the belated re-humanisation process required to overturn slavery in my life-world. It was also important that it was being carried out in the higher education context where ‘white’ cultural institutional agents (CIAs) hold sway over the society, reinforcing values designed to protect not just their ethnic culture but also the victorious legacies of Empire: central to which is ownership of black lives. Spontaneously spiritually reawakened with crisis and so fuelled with conscious awareness as a DoEA, I became witness to how the racial status quo is protected as I became the ‘black’ body on which ‘white’ ethnic CIAs, in the HEI context, focused their attention in reminding me of my diminished status in their eyes. Examples of this is seen in reference to me as an ‘uppity nigger’, or being told: ‘you are not here to think, but to do as you are told’. Being asked: Who gave you a remit for change? and even faced with the assertion: ‘you are without management support because you did not ask for permission’!! These are responses underpinned by an assumption that I am without human/social rights as an unconsciously assimilated, socialised and stratified ‘black’ member of the society. It is as a ‘black’ member of the society, the ‘white’ ethnic creation of slavery, that I am expected to know I must ask for ‘white’ management permission to even think of changing my identity status for myself. As the DoEA, this is not, however, the case… In my human identity, as a DoEA, I have a responsibility to work with the human costs of slavery we continue to embody directly into the 21st century. In taking on such responsibility, I was perceived by ‘white’ CIAs as moving beyond the space predetermined for me institutionally/societally when ‘black’.

Commitment to undergoing the above process over nearly three decades (1990-present) resulted in my undergoing the type of developmental growth which indicated I no longer fitted within the limitations of the ‘black’ unconsciously socialised life-world. I had achieved the new identity status of an emergent integrated self-authoring/transforming British African Caribbean (BAC). This is having pursued the generational soul journey taken by DoEAs across three continents. Most importantly, I was consciously meeting the numerous daily challenges being presented by ‘white’ ethnic CIAs as they acted to constrain my freedom as a perceived historically ego-subjugated ‘black’. This is because, I was now a conscious crisis-reawakened DoEA caught in the spontaneously catalysed individuation process, barely able to survive the backlash directed at me by ‘white’ CIAs, as I struggled to resolve the crisis experience.

It is in choosing to meet the various challenges posed that I gradually evolved to the identity status of an AoEA. In doing so, I was undergoing the ego-evolution process, effectively intervening, beyond my conscious understanding, in the ongoing transmission of racial apartheid into the 21st century. I was completing the work began with crisis, in 1990, of being violently extricated from the black-white duality. It was my task as a perceived ‘black’ ‘academic’ to grow, in that context, in a professionally informed way. The assertion of those socialised ‘black’ that ‘black lives matter’ is an intrinsic acknowledgement that ‘black lives do not matter’ in Western societies. This is why I sign my book: ‘For Our New Beginning. This is as self-re-ethnicised DoEAs, the route to ensuring that our lives really do matter… Towards Bicultural Competence: Beyond Black and White 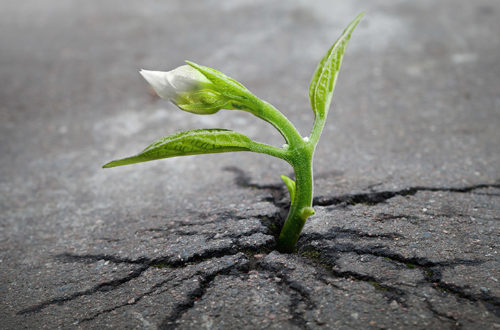